Does it Take a Village to Launch a Product?

Are LinkedIn Ads Worth The Money? Aug 21, 2017
The Difference Between Business Strategy And Marketing Strategy, And Why It’s Important To Know Nov 27, 2017
5 Ways Marketing Impacts The Growth Of Your Business Oct 11, 2016
8 Ways To Improve Distributor Performance May 06, 2015
Principle of Leadership 2: Make Sound and Timely Decisions May 24, 2011
Search | Categories | Subscribe | Populars
Written by Lisa Shepherd
on June 11, 2013

Not too long ago the practice of product launch was not even recognized. Many companies simply thought up the next greatest thing, built it and mistakenly believed their product would sell itself. Today, companies are smarter; they understand that if products aren’t properly launched, they can’t generate revenues, grow, or even survive. The trouble is that the process of a ‘product launch’ is not well understood. Many believe that a ‘launch’ is that one-time announcement at the next tradeshow. In truth, all the work undertaken in the months prior to the day the product hits the market is the practice of product launch.

I’ve heard product launch described as homeless, and I would tend to agree. It doesn’t quite fit in any one group. In fact, product launch resides in 5 key functional groups and each should be represented on the launch team; marketing, engineering, sales, customer service, and channel. It truly takes a village to launch a product.

Each villager plays an essential role in the launch process. Different individuals may take the lead at various times throughout the launch process, however everyone must be engaged in all activities. When inter-departmental communication and collaboration does not happen, the challenges created are costly. Divergent directions and critical issues not being identified until late in the product development process could result in laborious reconciliation later. 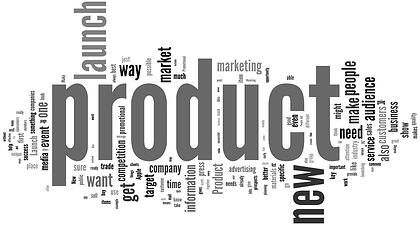 The goal of a successful product launch is to have each functional team set to launch at the same time to drive sales velocity.

A Launch Story
ACME Inc. is very excited about the launch of their Thingymajiger 4.0. “The Thingymajiger 4.0 will revolutionize the way people work, it’s bleeding edge”, says ACME Inc.’s senior management team. There are high expectations for this release. To back their claims, senior management made a significant commitment by allotting $350,000 market budget for this launch.

Mark, Product Development Manager, and his team began this technical release journey with great gusto – this feature set was going to blow the industry away. As time went on there was considerable pressure to get to market because so much money and resources had been expended to develop and test the product. Mark and his team found themselves behind schedule and over budget; they had to make some tough decisions. Should they continue with the project launch trajectory as is and launch a full feature set product, or scale back on the features to get the product market faster? The clock was ticking.

Sue, Product Marketing Manager, is thrilled with the commitment to the marketing efforts. Although frustrated to learn that there may be a change in the release so late in the game, since she has invested so much time and energy into planning the launch. She has decided not to move forward until she is certain of the direction of the Thingymajiger 4.0.

Meanwhile, Dave, VP of Sales, has a quote tied to this product that is already delayed and is feeling tremendous pressure to prime the sales pump so when the product is a go they have prospects all lined up. Because of this, Dave instructed his team to start reaching out to prospects and customers letting them know the Thingymajiger 4.0 would be coming soon.

The sales team started calling out with the hopes of filling the pipeline. People were interested and wanted more information, but because the final details of the product were not yet available they created their own sales tools.

Finally, senior management made the decision to move forward with the launch and hold back some of the features for their next release. Sue scrambled to build the new features and benefits messaging into the launch tactics; brochures, sales tools, web content, press releases, emails, and the list goes on. After pulling it all together Sue presents it to sales and receives tremendous backlash about the dropped features that were promised. Sales is now concerned that because these features are missing they will no longer make their numbers.

Thingymajiger 4.0 is announced. Prospects in the pipeline were expecting features that were dropped, customers have lost trust in their sales representative, and the pipeline is empty for Thingymajiger 4.0. Ultimately sales has to turn to selling other products to make their quotas.

The lesson here is simple; if Mark, Sue, Dave, and senior management had been working collaboratively throughout the entire process each would be fully aware of the impact every decision has on the product launch outcome. A successful product launch requires a cross-functional team representing all aspects of the company, excellent collaboration, and consistent communication resulting in reduced time to market and increased product profitability.

Looking for more help to make marketing work in your B2B company?  Get proven tips in PROFITGUIDE’s Market Smart, the B2B Marketing Guide for Non-Marketers.

One of the foundational elements that we audit during a marketing consulting engagement is the company brand.  Brand ele...